How To Handle The Storm

That day when evening came, He said to His disciples, “Let us go over to the other side.” Leaving the crowd behind, they took him along, just as He was, in the boat. There were also other boats with Him. A furious squall came up, and the waves broke over the boat, so that it was nearly swamped. Jesus was in the stern, sleeping on a cushion. The disciples woke Him and said to Him, “Teacher, don’t you care if we drown?”

He got up, rebuked the wind and said to the waves, “Quiet! Be still!” Then the wind died down and it was completely calm.

He said to His disciples, “Why are you so afraid? Do you still have no faith?”

They were terrified and asked each other, “Who is this? Even the wind and the waves obey him!”
***
When I read this verse, I imagine that maybe it will far from my reality, because i don’t like sailing, so there is a few possibilities I will meet the danger. And of course I always have a good preparation, so nothing to worry.

But in the middle of problem, sometimes we will not think about the solution, buat always worry about what will happen for the next. That’s why, we turn from the optimistic person, become the doubt or negative thinking person.

Then we blame God for His will, because it is very difficult to implement. We cry to him, wanna Him help us and still confusing with the future.

I think God assume the problem like a wave. If we’re not careful, we can dissapointed, desperate, and maybe become atheis, or want to suicide. That’s why it better to read this verse.

God will help us pass the dificulties. God will accompany us, when we face the world. And finally I realized, it can be happened not only in the sea, but also in our daily life.

***
IndriHapsari
Picture : Rembrandt, The Storm on The Sea of Galilee 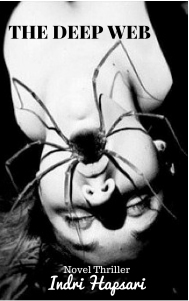